If you heard the cliche that success leaves clues, you will enjoy this blog post. In the post you will find out what successful entrepreneurs are doing that you may not be.

Successful Entrepreneurs Do What? 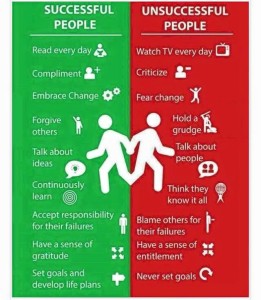 This came from a book I’ve been reading here about entrepreneurs and they shared a story about this in the book. The story from the book I was reading talks about a case study done and this can translate to your business.

There were several kids who didn’t pass that test. The follow up of this is they followed up with those children 30 or 40 years later to how this translated in life. A few were happier in their life, had successful jobs/careers, were successful entrepreneurs and even had successful relationships. The reason why that is is because of delayed gratification. That study of not eating that marshmallow for 10 or 15 minutes knowing that they will get double is delayed gratification. When they were kids, that one simple test and they followed up with them years later had translated into their life.  They were successful in other parts of their life as well.

Another story, a couple of weeks ago I was speaking with a gentleman and he had a landscaping business. he was just getting it started and off the ground, but he had a couple of buddies with him working it. When they started making money, his buddies went off to the bar and spent their profits, hanging out, clubbing, etc. They were happy with what they just earned and they went to do something else. What he did though,  is reinvested what he had made back into his business and start buying other machines and tools. He expanded his business and understood the concept of delayed gratification knowing that he wanted to build his business now so he could actually celebrate his successes later. The video below I share these stories and what successful entrepreneurs are doing.

Was that video helpful? Did you learn what you should do to have a successful entrepreneur career? If so share it with someone you think it may help. Also leave a comment below and share your thoughts.

Did This Help You? If so, I would greatly appreciate it if you commented below and shared on Facebook 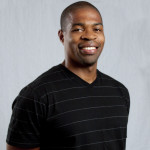 “Want Free Coaching? Check out our Weekly Webinars where we Help People In Their Business.”

PS: CAUGHT ON TAPE: Check out how my buddy who was an Ex-Waiter FIRES HIS BOSS and is now Living The Dream! Watch it Here

If you enjoyed this post on What Successful Entrepreneurs Do That Make Them Successful?, retweet and comment please